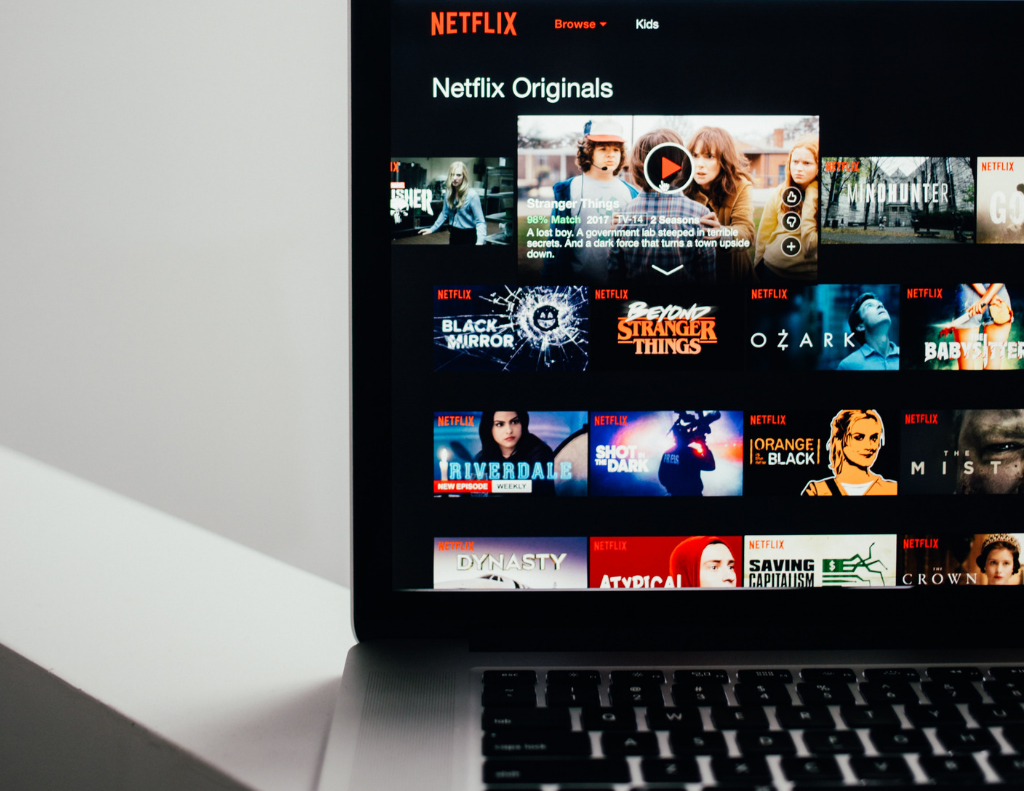 With the heat being too unbearable for some during this week’s heatwave, staying out of the sun and keeping cool indoors is often the best decision when minimising the risk of heatstroke and sunburn.

So, if you don’t want to get out in these sweltering temperatures, and would prefer to stay safe indoors, why not get the blinds and curtains closed, get comfy in your leggings from our Everyday collection, and sit on the sofa for a Netflix marathon! There are so many amazing new releases arriving during the season, so there’s plenty of dramas, comedies, thrillers and action series arriving to keep you busy while the heatwave is in town!

With today celebrating the release of the final series of cult Netflix original drama, Orange Is the New Black, we thought we’d share some of our top selections that you can really get glued to your screen with, whatever your genre of preference!

At the start of the month, we saw the launch of the third series of Netflix favourite, Stranger Things, following the story of four boy from Hawkins, a fictional town in Indiana, and their ‘special’ friend, Eleven’s journey to the Upside Down. Hoping to continue the success of the first two series’, the next instalment of the story will follow the launch of a brand-new mall in Hawkins, which will be the setting for a lot of the drama, and with old and new enemies entering the mix, it’s fair to say that danger looms. With plenty of ‘gore’, and potentially much darker than the previous episodes, we’re sure this will be a firm favourite for Stranger Things fans!

If you’re a big fan of Stranger Things, and love the 80’s, we know you’ll also be a huge fan of Glow, the comedy that’s won a wide range of accolades including Best Comedy Series at the Satellite Awards last year. Set in Los Angeles in 1985, the series follows the story of a struggling actress trying to get her big break, but whilst she ends up auditioning for a women’s wresting promotion, given the nickname GLOW, she also ends up having to compete with her former best friend, showcasing their continuous confrontations. With a leading female cast, and female-dominated production crew to match, we have a feeling you’ll love binge-watching the new series, set to be released on 9th August, and set to a fantastic soundtrack and neon lights, this is a summer staple!

If you’re more into your grit and sci-fi, we’d also recommend the next series of Black Mirror, the TV series created by Charlie Brooker. With a deep message analysing modern society and new technologies, this is a science fiction lover’s dream, and as of the 5th June, the fifth series, which guest stars pop sensation Miley Cyrus, will be running on Netflix, and deserves a binge-watch!

Finally, if you’re looking for a tear-jerker, the final instalment in today’s release, Orange Is the New Black, will be your one to watch this summer season. Being the third series ever commissioned by Netflix, it’s become a cult-classic for followers of the streaming service, and its final series has been dubbed as one to make sure you have the tissues ready for! Following the stories of inmates at a minimum-security prison in New York, the series to date has discussed and highlighted very important issues including overcrowding, corruption and funding cuts in prisons, and has subsequently become a fan favourite.

We’d love to know what you’ll be watching this summer, if you’re finding the heat too unbearable! Will you be going for comedy, grit or will you be watching them all?! Make sure to get comfy on the sofa, and get your drinks and snacks ready, and enjoy the spectacular shows that have been released this season with your Love Leggings!